Whirlpools can be seen from the walkway under the Ohnaruto Bridge at a 45-meter high viewpoint.

Closed on the 2nd Mondays of March, June, September, and December

Naruto’s whirlpools are a natural phenomenon formed within the ebb and flow of tidal currents in the Seto Inland Sea and Kii Channel. The whirlpools can be seen at their largest in the spring and fall, reaching a diameter of 20 meters, thought to be the largest in the world. The whirlpools can be viewed 4 times daily (twice during the walkway’s operating hours) only during the limited window of the tidal currents’ peak strength.

One of the world’s fastest tidal currents

The top three fastest tidal currents are those in the Naruto Channel, Italy’s Strait of Messina, and Canada’s Seymour Narrows. During the peak of spring tides, also called “King Tides”, Naruto’s currents can reach speeds of over 20kph, the fastest in Japan. (Although called spring tides, they are unrelated to the spring season, occurring year-round during a new or full moon.) 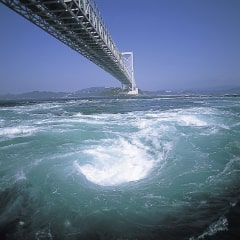 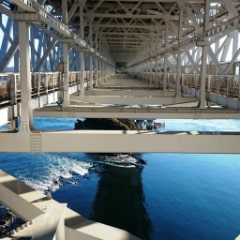 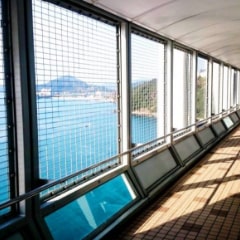 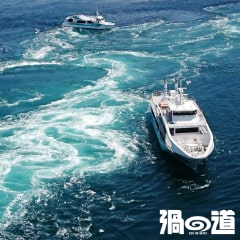 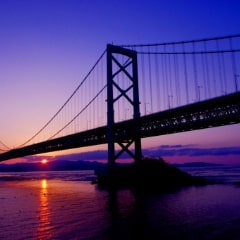 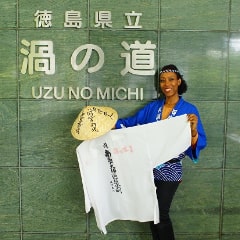 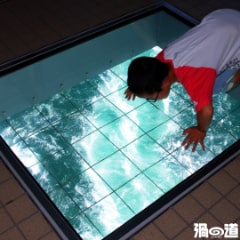 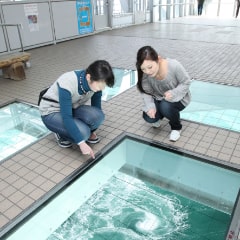 (The whirlpools may be affected by adverse weather conditions) 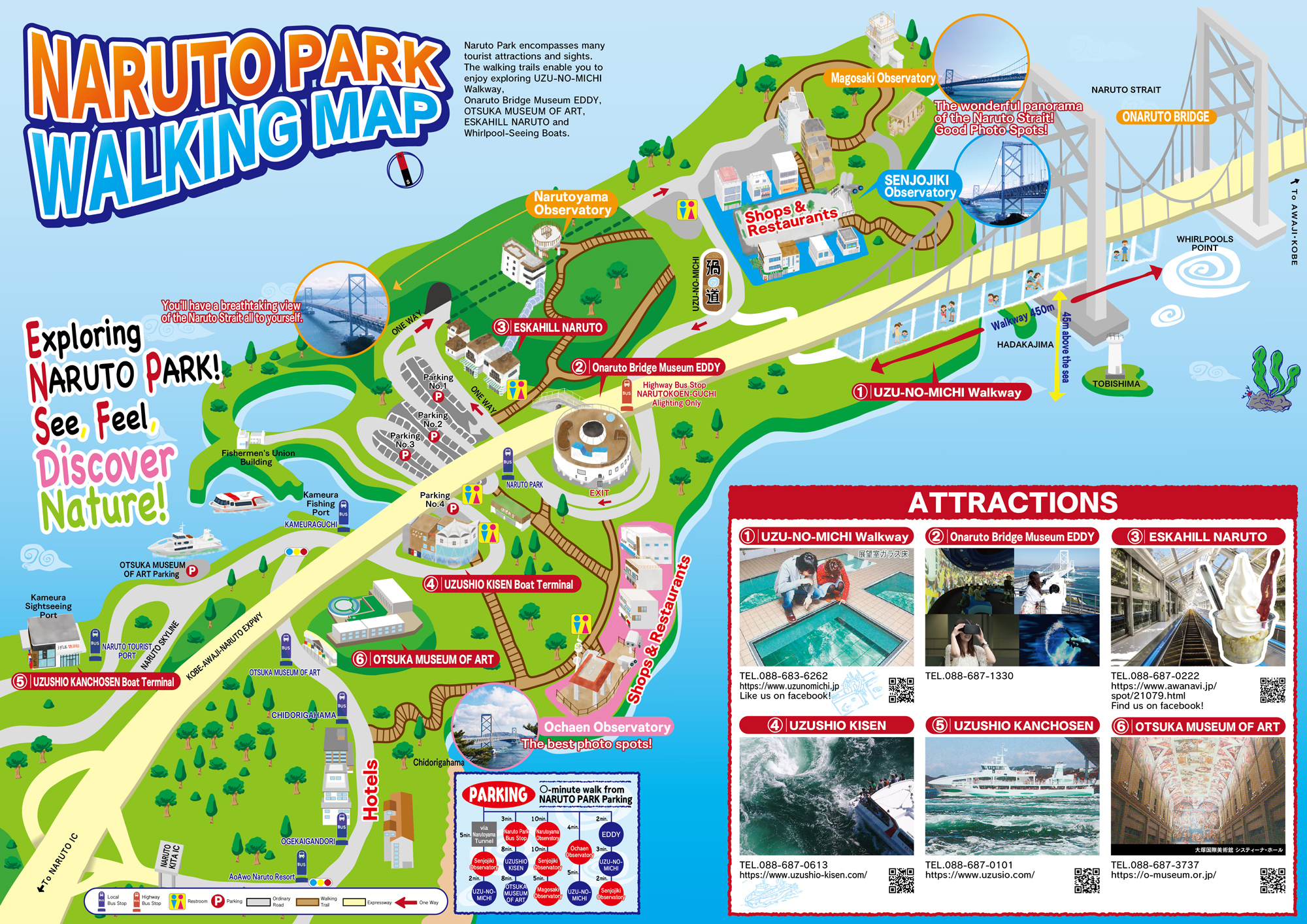 Combination Tickets for Uzu no Michi and Eddy Memorial Hall are available.